ReadKit for iPhone and iPad → 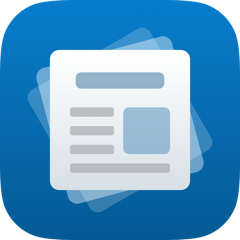 ReadKit for iPhone and iPad

ReadKit is an RSS client that’s been around for a long time on the Mac, but only recently debuted on the iPhone and iPad. I’ve used the app a lot on the iPad, and it’s fantastic. The design adopts modern iOS and iPadOS conventions and technologies, making it a pleasure to use.

The only thing holding me back from using it full-time is the Mac app, which is a separate purchase from the iPhone and iPad version. Very little has changed with the Mac version over the past few years other than bug fixes and compatibility updates, and it has begun to show throughout the app. Personally, though, the number one deal-breaker on the Mac side of things is the lack of support for Inoreader, the RSS feed service I use, which is supported on iOS and iPadOS version of ReadKit but not the Mac. However, if you use a different RSS service, or read your feeds primarily on iPhone and iPad, I highly recommend trying ReadKit. It’s not my daily RSS client, but it’s so good, especially on the iPad, that I keep it installed and have been using it more and more.