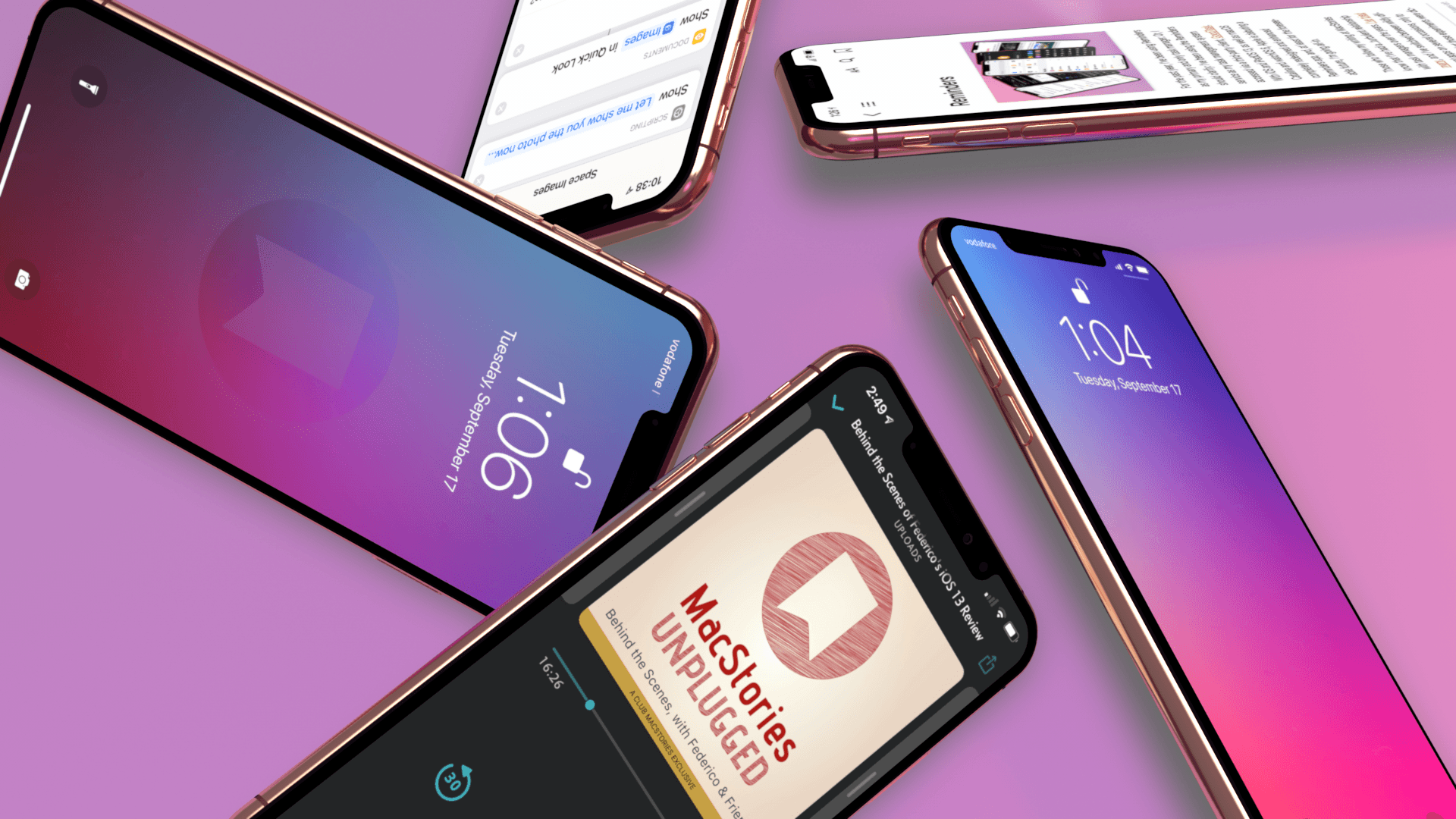 Every year, we release a bunch of extras related to Federico’s iOS review exclusively for Club MacStories members, and this year is no different. Below, you’ll find details on each of the perks and how to access them. To receive all of this year’s extras, plus access to all past extras from the past four years, you can subscribe to Club MacStories monthly or annually using the buttons below. 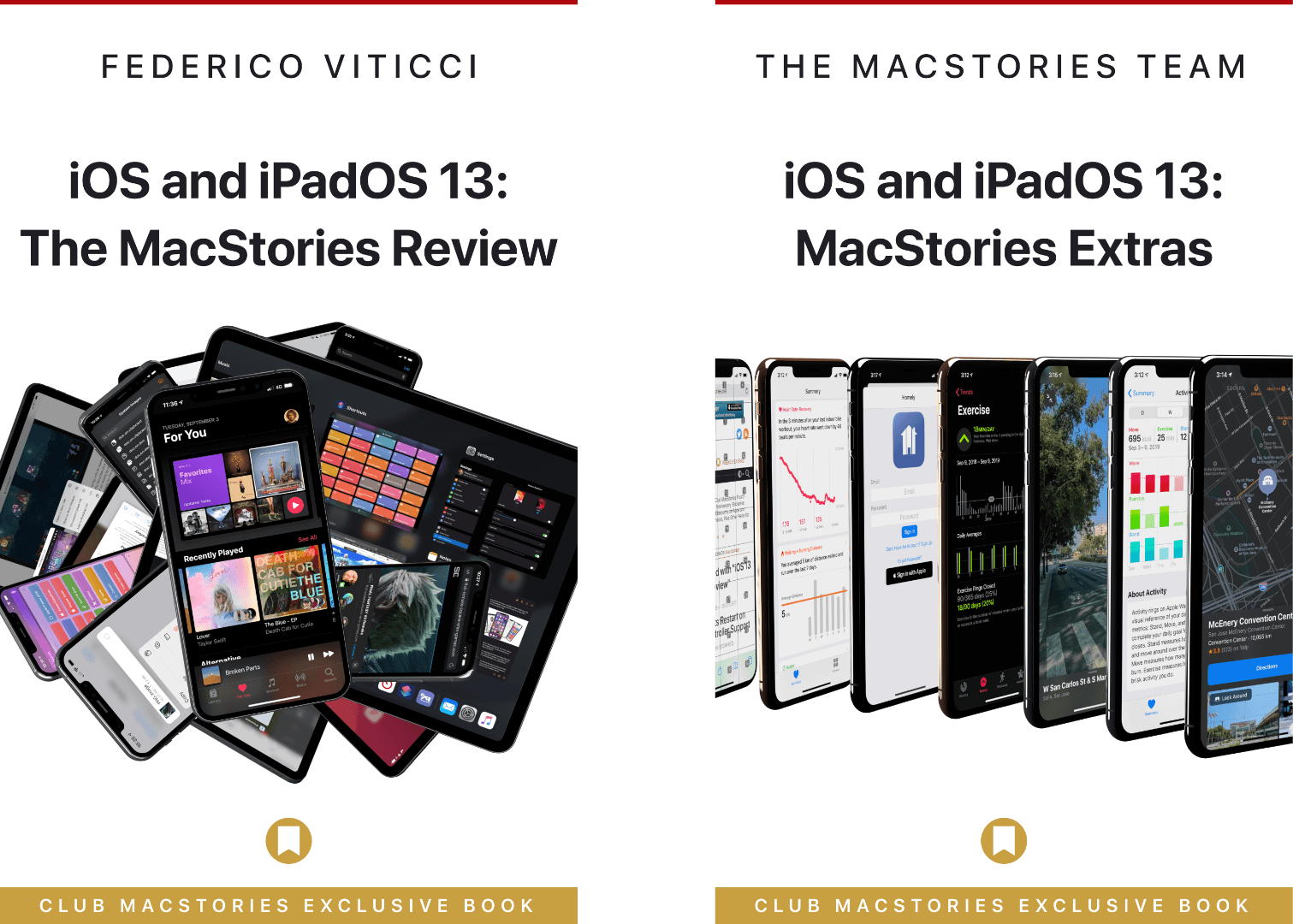 This year, we’ve created two eBooks just for Club MacStories members. The first is the eBook version of Federico’s iOS and iPadOS 13 review. The book is fully interactive with a similar layout to MacStories.net complete with all of the review’s images, videos, and links to shortcuts. The second eBook is a compilation of the nine iOS 13 preview stories by John Voorhees, Ryan Christoffel, Alex Guyot, and Steven Aquino that were published over the summer.

Tip: If you read the eBooks in Apple Books and want to zoom in to get a close look at any of the screenshots, you can double-tap an image on iOS devices (or double-click on the Mac) to open a full-sized version.

Both eBooks are available now as free downloads exclusively for members of Club MacStories. Club members can access both books from the member downloads page, which will be easier than ever before thanks to the new download manager built into Safari for iOS 13.

For the very first time, we are also offering Club MacStories members a beautiful set of free mobile and desktop wallpapers. The desktop wallpapers are 5K, and the mobile versions are optimized for the iPhone and iPad. On the desktop are Ive and Forstall versions in red, gold, and black, plus two colorful gradient versions called Deep and Bright, all of which feature a subtle MacStories logo. For mobile devices, we’ve got the same options, including a set that doesn’t include the MacStories logo, which are perfect for using as a Home screen wallpaper paired with the logo version on the Lock screen.

The Shortcuts chapter of Federico’s review is packed with examples that can be downloaded directly from MacStories.net, our Shortcuts Archive, or from the eBook itself. There are shortcuts for controlling your Apple TV, HomePod, Apple Podcasts, and a whole lot more.

We’ve also got two special episodes of MacStories Unplugged planned for Club members. The first, which will be published this Saturday, September 21st, is a behind-the-scenes look at the making of the review, plus an interview with Brian King, the animator who brought so much of Federico’s review to life.

The following Friday, September 27th, we’ll publish a second episode of MacStories Unplugged in which Federico and John spotlight some of their favorite apps that take advantage of the new features of iOS 13.